Sweetwater is the county seat and largest population center of Nolan County located on I-20 virtually halfway between El Paso and Shreveport. The city is located 40 miles west of Abilene, 75 miles north of San Angelo, 125 miles southeast of Lubbock, 130 miles of Odessa and 190 miles west of Ft. Worth.

Strategically Located On the rolling plains of I-20

Sweetwater is strategically located on I-20 just 25 miles east of the state’s east-west midpoint. Sweetwater is the main intersection for U.S. 84 (northwest to Lubbock) and State Highway 70 (South to San Angelo).

Sweetwater is strategically located between Dallas-Fort Worth and El Paso, and is within easy driving distance of Amarillo, Lubbock, Midland, Odessa and Austin. As they have been since 1881 when Sweetwater was incorporated, the railways continue to be important to the transportation and shipping of the region.

Sweetwater Municipal Airport, located at the western gate adjacent to I-20, is a vital hub for private jets and personal airplanes. Having served as an Army air force training base during World War II, Avenger Field can still accommodate the needs of larger aircraft.

Because Texas is so large (second only to Alaska among all states), many are surprised to learn that Sweetwater is almost as close to many out-of-state destinations as it is to some Texas locations. For instance, it’s 554 miles from Sweetwater due south to Brownsville at the extreme southern tip of Texas, but it’s only 350 miles due north to Liberal, Kansas. 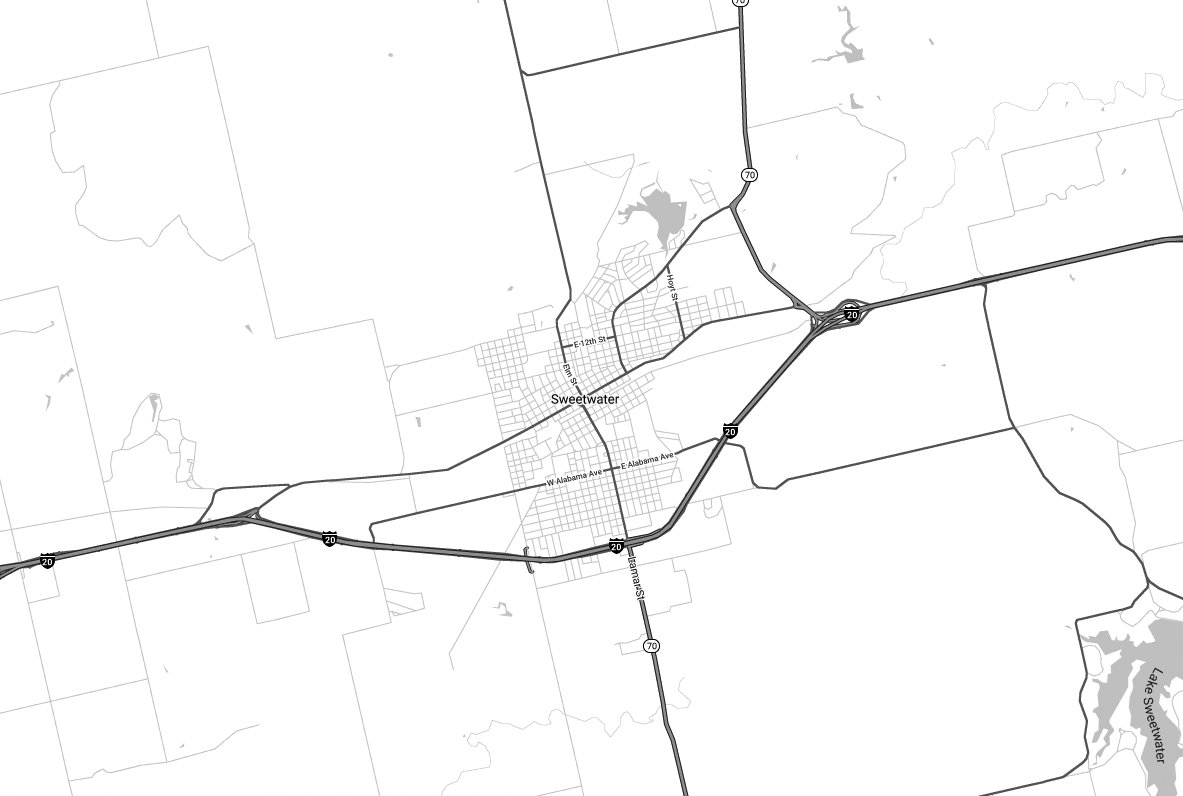 Distance To Other Major Cities: 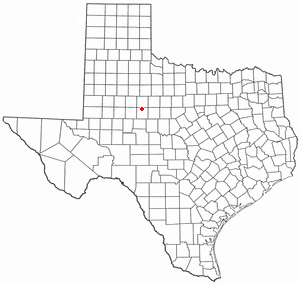 The Nolan County Foundation was organized in the year 2000 by dedicated Sweetwater businessmen interested in promoting worthwhile projects benefiting our community. Grants awarded by the Foundation are for the purpose of improving the quality of life in Nolan County. Grants must be awarded to qualified charities with a 501(c)(3) or similar status geared toward health, education, nutrition, scholarships, libraries, museums, parks, etc. Additionally, scholarships have been awarded (approx. $300,000 to-date) to honor high school seniors from Nolan County schools who are attending a Texas college or university. These endeavors are funded by the generous donations of Sweetwater and Nolan County businesses and individuals, including sponsors and supporters of our annual golf tournament.